Any business that generates hazardous waste must understand and follow the code of federal and state regulations regarding the handling of it, including packaging, labeling, and disposal. Sections 22-22A-1 to 22-22A-16 of the Code of Alabama and various other Acts cover hazardous waste disposal throughout the state. Along with federal laws, they ensure that dangerous waste is properly handled in order to protect public health and the environment.

The Evolution of Hazardous Waste Disposal Until 1977 hazardous waste disposal was loosely regulated and, as a result, large quantities of hazardous materials were buried or abandoned across the country. Following the Love Canal Incident in 1978, a law was put into place to clean up hazardous waste and ensure the parties responsible for contamination paid for and/or performed the cleanup. Less than two years later, Congress enacted the Superfund law, also known as the Comprehensive Environmental Response, Compensation, and Liability Act (CERCLA).

CERCLA regulates hazardous waste sites, assigns liability for contamination, and provides cleanup funds if no responsible parties can be located. The law has five goal areas, including expediting cleanup and re-invigorating responsible party cleanup and reuse. The courts have often broadly interpreted the law to impose liability on a diverse range of actions and parties.

Joint and several liability simply means that multiple parties can be held liable for the same act or event and be “on the hook” for all required restitution. Under CERCLA, liability can be:

CERCLA’s exacting liability rules were designed to make sure the federal government was not the one on the hook for cleanup costs if there are one or more potentially liable parties. What does this all mean?

Who Pays for Accident Cleanups?

Unfortunately, allocating liability under CERCLA can get complicated, especially in private party claims. Since the cleanup cost of most CERCLA-related response actions runs in the million of dollars, the parties involved look for other “Potentially Responsible Parties” who can share the cost.

No one disagrees that the responsible party should clean up a contaminated site. It gets tricky, though, when the site operator is no longer in business. That’s when the federal or state government first looks to other potential responsible parties to pay up, either by cleaning the site itself or by reimbursing the government for doing it. Billions of dollars have been spent by governments to clean up abandoned contaminated sites when a responsible party could not be identified or located. In other words, taxpayers are on the hook for those cleanups.

The Risks of Future Liability

Because CERCLA’s rule are so stringent, many investors have stayed away from what are known as “brownfields,” or properties that are contaminated with hazardous waste, fearful they will be charged retroactively for the damage. In response, the EPA created a program that provides grants and funding to businesses willing to clean and develop brownfields with no liability on their part.

In Alabama, The Brownfields Redevelopment and Voluntary Cleanup Program (VCP) oversees the voluntary assessment and remediation of contaminated brownfields sites. This fee-driven program offers significant benefits, including liability protections during and after assessment and cleanup activities.

As the administrator of a facility that generates hazardous waste it’s important to understand that your facility is responsible for that waste “cradle to grave.” If an accident occurs at the disposal site, your facility can and will be fined for the improper handling of waste. That makes organizational planning and training of staff vital to keeping your facility operating safely and according to the law.

The best way to mitigate your facility’s risk of being on the hook for contamination? Working with an integrated medical waste management company with a reputation for regulatory compliance and risk mitigation. While there are no guarantees there will never be an accident, it can help you limit future liability and give you confidence that proper treatment and disposal methods are followed. 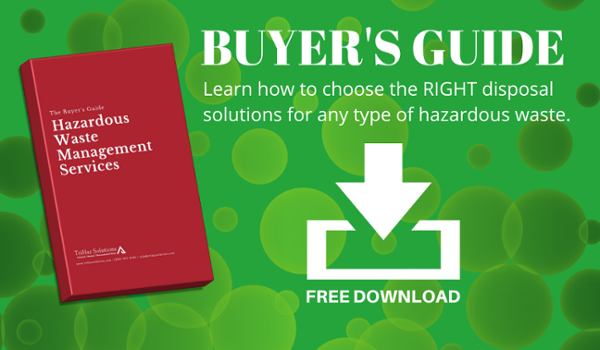 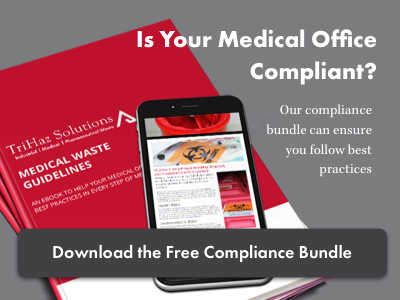